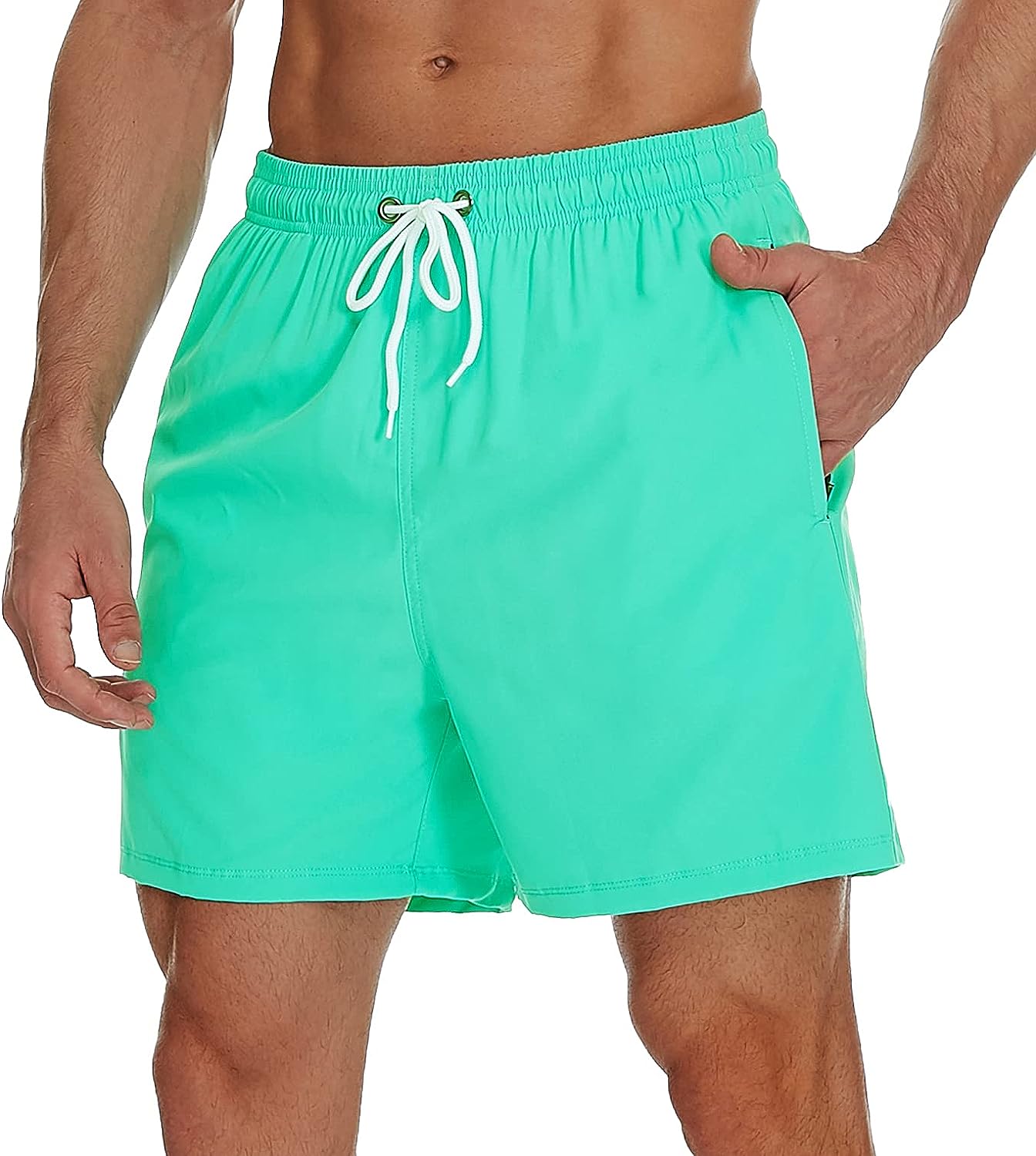 1)Q: What are these swim trunks made out of?

A: They are made of 95% Polyester / 5% Spandex. Micro-stretch fabric can adapt to more customer body types. Shorts can be quickly dried and the Mesh lining is soft and breathable.

2)Q: Does the drawstring allow you to make the waist really tight?

A: Yes! Full-waist Elastic waist band with adjustable drawstring, Proper adjustment so that shorts don't move around when swimming.

3)Q: What length are these swimming shorts?

A: About 16"-18" corresponds to different sizes from waistband to leg. Above the knee.

Suitable For Any Circumstance